SLUIT SCHERM
Shop till you dropWelcome.. to Juras.. eh.. Come check out our stuff here and buy something if you'd like :)Press and promotionExtra! Extra! Monsters ate the paper-boy! Get your facts straight form the monsters mouth.Meet our monstersRawr. Learn more about our ever-growing roster of monsters. You might learn more than you want to know!We are socialGot something to share? Social animals like us should stick together.. Expansion > Armed to the TeethExpand the unexpanded! Upgrade your Monsters with weapons, armour and new abilities. 3 New challengers join in.Contact usHit us up! Slide into our inbox.. and slide right out when an Elzendam inhabits your hair!Back 13 Monsters: AttT with paypal or idealSupport 13 Monsters' newest Kickstarter campaign risk-free.Where to buy Wanna get our games ASAP? Check out where you can purchase 13 Monsters near you.

WE ARE SOCIAL BEASTS! 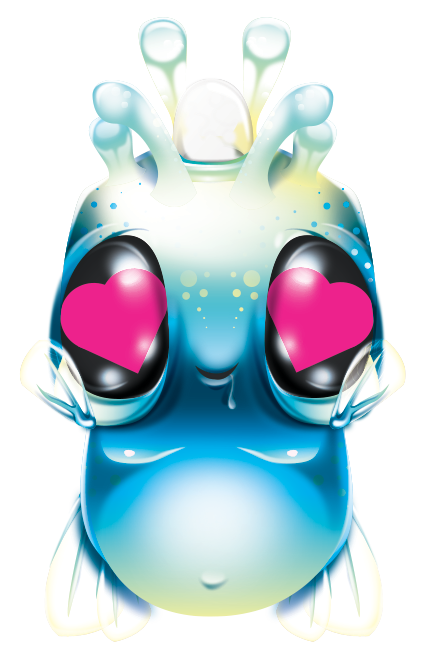 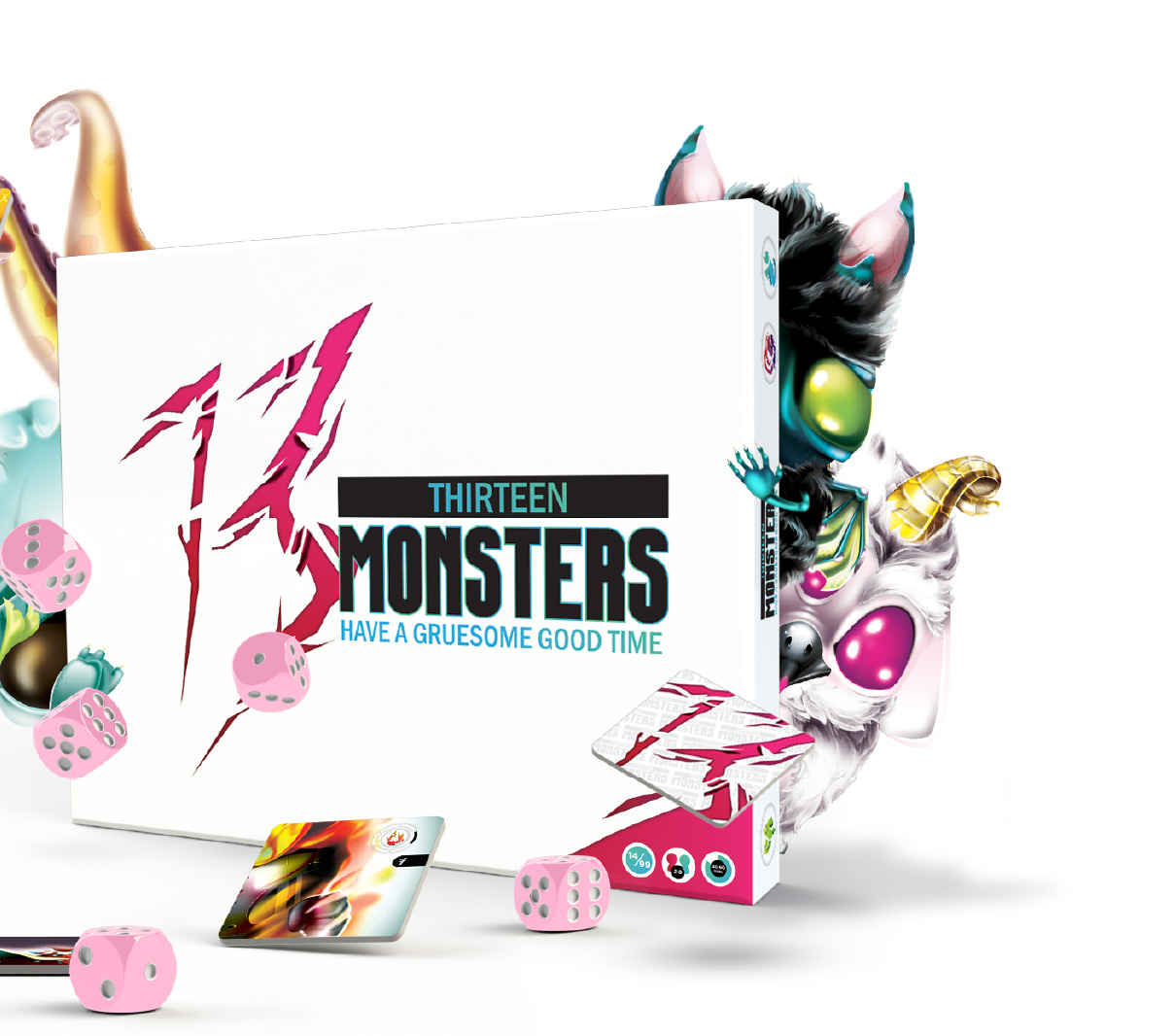 WE LOVE OUR COMMUNITY AND THEY LOVE US

Our first encouter with the boardgame community was during Spiel '19. We never knew this community was so big and to be honest we were overwhelmed. But after the first day we fell in love with all of you. We felt welcomed and loved. We truely believe we are now 'one of you' and are proud to see that Sundays became 13Monsters-day! 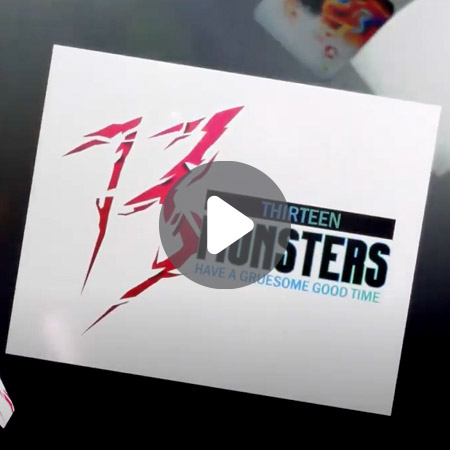 Our homegrown promo video
@13 Monsters HQ
Show me this video! 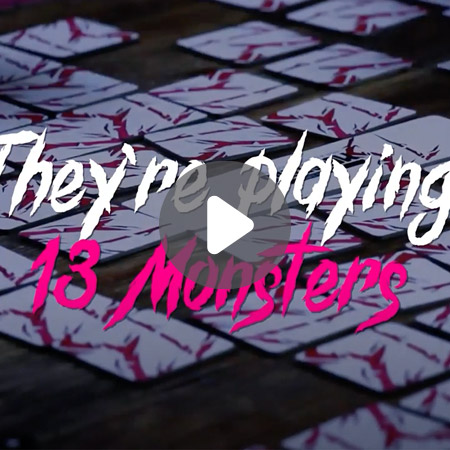 Fun play through with friends
@13 Monsters home office
Show me this video! 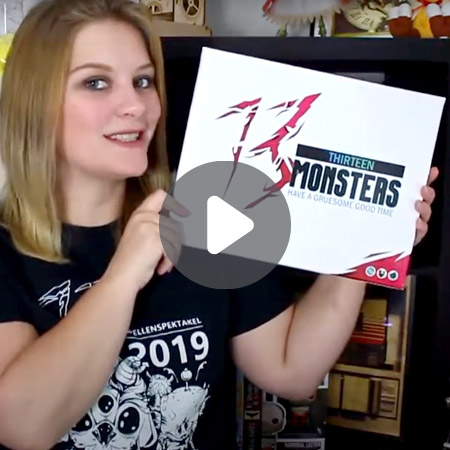 A German play through video
@Vanilla_Keksky
Show me this video! 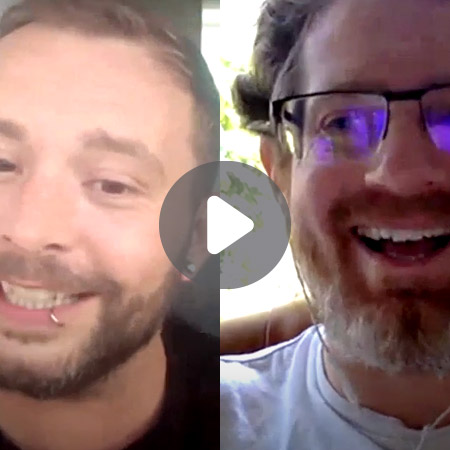 An enthousiastic inside story
@WhatBoardGame.com
Show me this video! 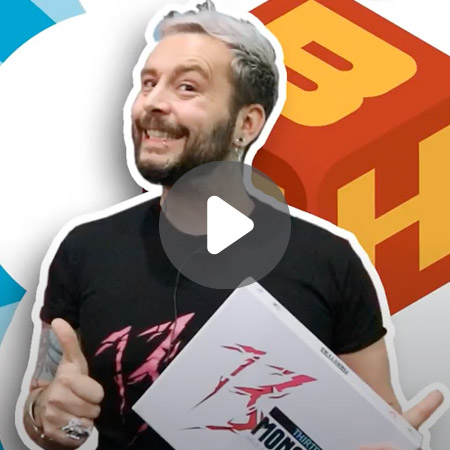 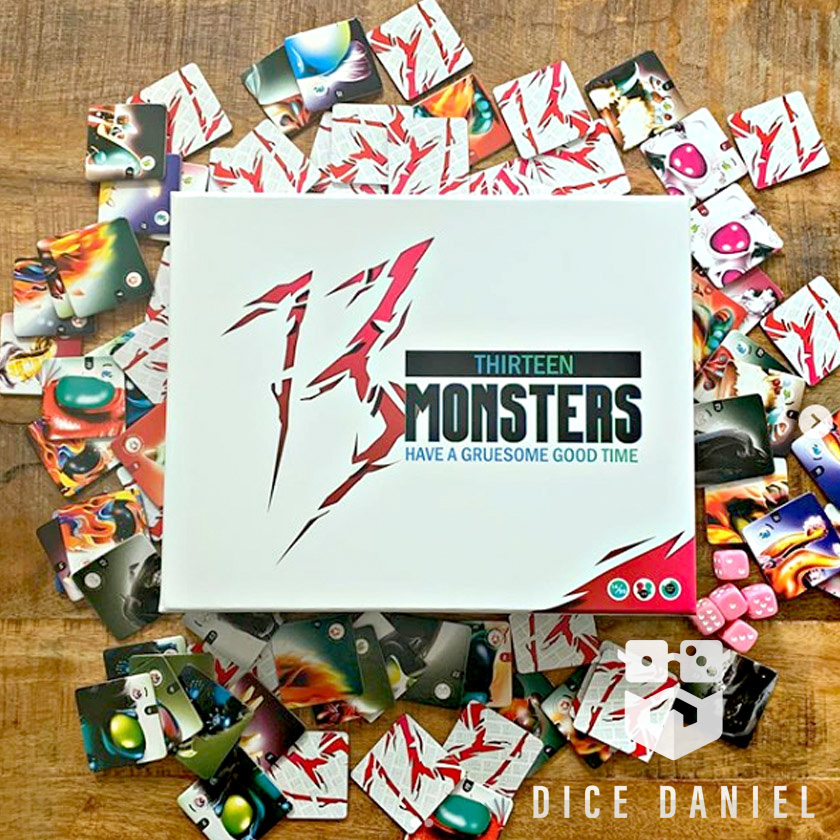 (Mis)match monster mayhem! 13 Monsters is a variation on the familiar memory that everyone has played at one time or another in their youth. You flip two tiles and when they match, you can keep them. Do you have the most tiles? Then you win. So 13 Monster works a little bit the same way. But watch out! There are some slight differences.

The tiles have parts of cute monsters on them. If you collect all matching tiles, you can start to build monsters to fight with. Fight by throwing dice like Yahtzee. Also, some monsters have special abilities that will help you find even more body parts of other monsters. The number of parts of a monster that match determines how strong a monster is and what special abilities are available.

Spoilers: There are a total of 13 monsters available (what's in a name?). The 13th monster, the ghost, is the strongest of all monsters and my personal favorite.
... 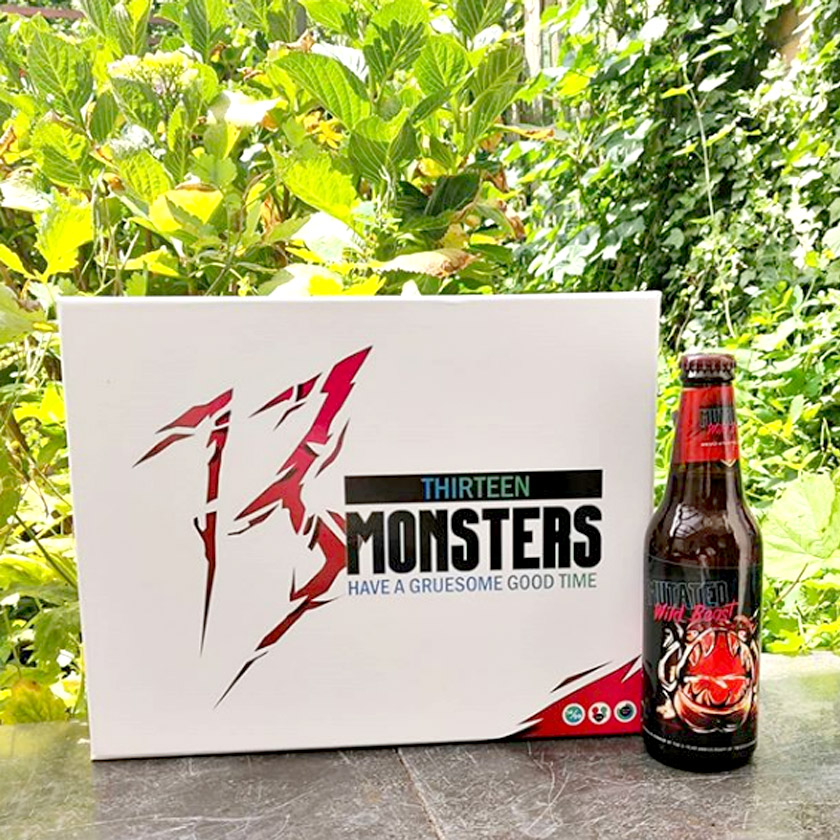 BOOK, BEERS AND BEYOND SAYS:

Last weekend, I tried the game 13 Monsters. 13 Monsters is a memory-battle game for 2-8 players that takes about an hour, and is originally funded by Kickstarter. They call it a frantic tabletop game, which it absolutely is! I had to read the instructions pretty carefully, because I expected it to be hard at first, but once we got going, it was actually pretty easy.

This is how 13 monsters works: First, you basically play memory to get your monsters together, and then you battle with them! You can win two ways: Either every monster is taken and you play one more round. After that you count your points (full monsters are worth more, and the Ghost monster is worth the most) and the person with the most points, is the Beast Master! However, you can also (like me) become an Elemental Master when you have 4 monsters with different elements.

Let me be honest, I expected this to be a little hard and slow, but it was actually quick and fun! We battled the sh*t out of each other and had a great time. The artwork is awesome and everything is really well thought-out. A big recommendation for scifi-boardgamelovers! 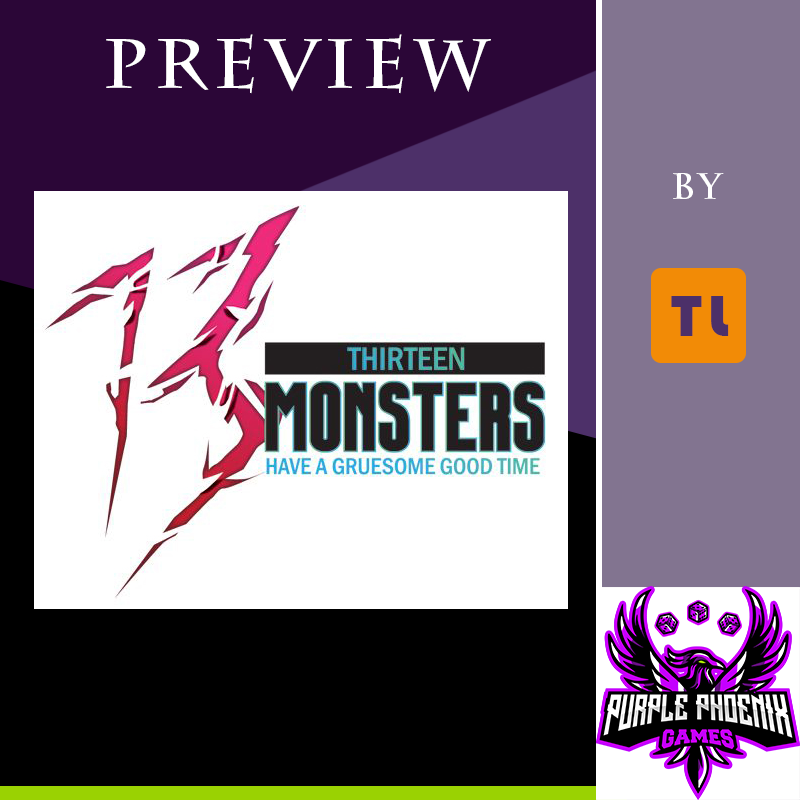 Guys and gals, I have a confession. I am not good at memory games. I already surmised it is due to my increasing age, as my 3-year-old son tore through our plays of Farm Rescue, so I am not above resigning myself to the fact that it may be age. In any case, 13 Monsters starts out as a memory game then quickly transforms into a punish-thy-neighbor-into-oblivion monster battle game. Intrigued? We were too…

As I mentioned in the intro, and as you can see in the first photo below, 13 Monsters starts out as a memory tile-flipping game and then becomes a bash-em’-up for domination. The goal of 13 Monsters is to end the game holding the monsters with the highest total Hit Points (HP). Now how you get there is another matter entirely.

To setup 13 Monsters, a randomized 9×9 grid of monster tiles are spread across the play surface with the longer title tile placed square in the middle (see what I did there?). Place the five d6 on the table to be used by any player. Determine the first player (whomever is the most beastly) and you are ready to play!
... 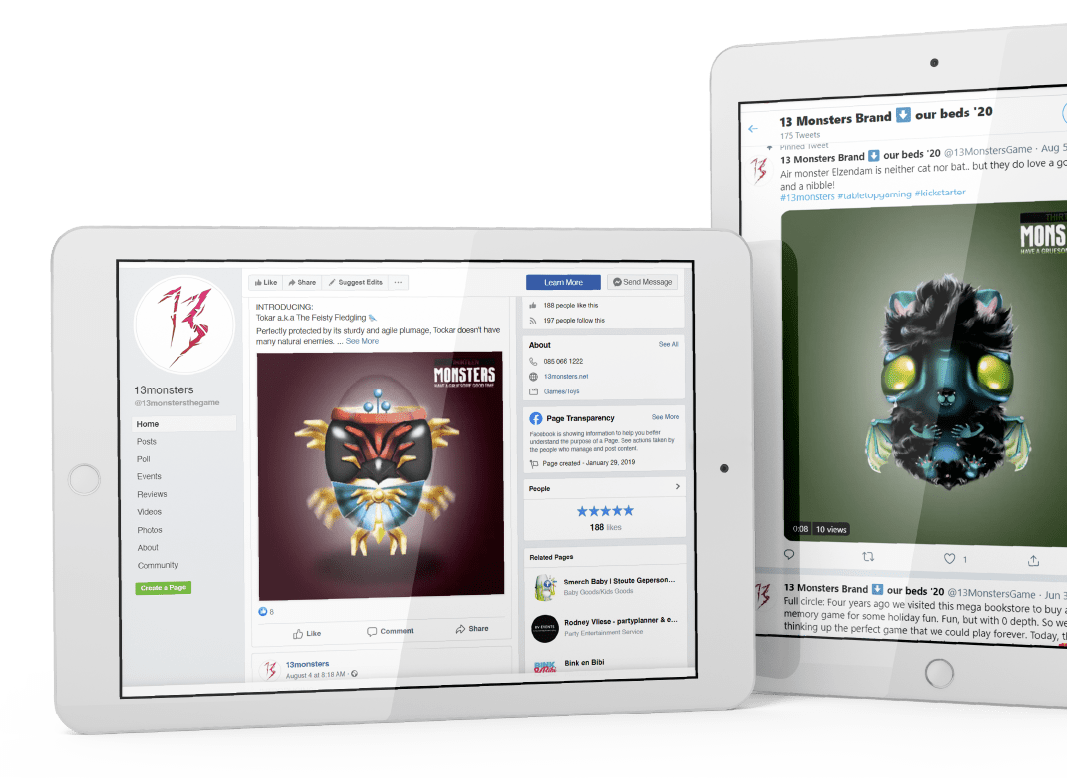 DID YOU KNOW WE'RE ON GIPHY AS WELL?

Just search for 13Monsters and spam your loved ones with monsterous GIF's via Facebook, Insta, and anywhere you like!

WE ARE PROUD
TO BE PART OF: 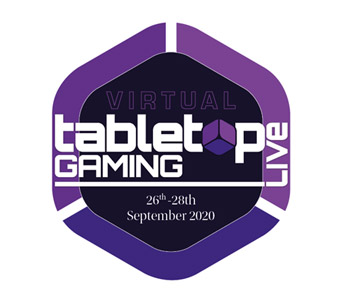 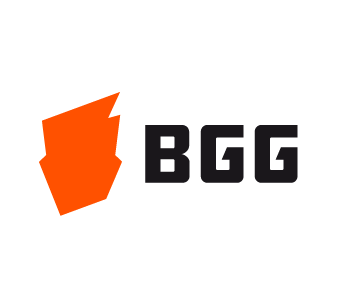 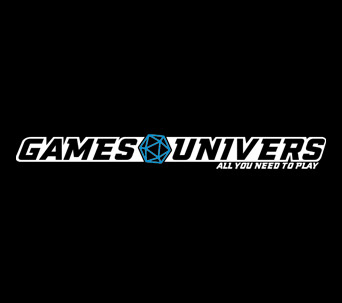 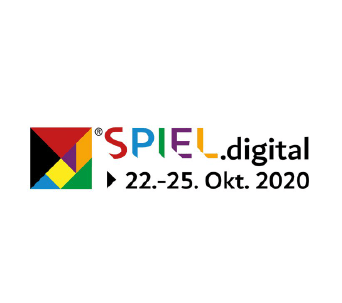